The screening and lecture program of Beijing Live is realized in a partnership with the Goethe–Institut China and Wen Pulin’s Archive of Chinese Avant-Garde Art. This strand of Beijing Live which is developed in collaboration consists of three parts: Perspective, Showcase and Future.

Beijing Live will also propose the performance lecture  Transvironmental Boat Book : Fishes of the Philippine Seas by Alison Knowles and Joshua Selman, at the Central Academy of Fine Art Museum on Tuesdasy October 18 2016 at 18.30.

Beijing Live’s screening and lecture program at Goethe–Institut China has one essential role, to illustrate that the history of performance art in China, as well as abroad, is with us today. As a rather young art form that took its first hesitating steps in the 1950’s in Paris and New York, it came to the forefront in the 1960’s. Whereas in China performance art entered the scene in different forms in the early 1980’s. Through this program we intend to explore not only a historic perspective through screenings of documentary film recordings, but also to present some of the artists who took part in this history. Artists who are still active and who also are present at Beijing Live. This perspective and the live dialogue with the very actors who was a part of performance art’s development will, we believe, give a physical presence to the history of performance art in the here and now.

Seated in 798, surrounded by numerous galleries and professional exhibition spaces, the Goethe-Institut supplements the landscape by providing an open space for local as well as international discourses and laboratory for experiments. It has hosted several performance art workshops since its opening in the art district. Clemens Treter, the director of the Goethe-Institut in Beijing remarks: “As surprisingly wide as the range of performance art is - precisely orchestered or improvised, silent or loud, participatory or self-involved, in cyber space or offline – it has been never failed to attract attention of the passers-by. ‘What is performance art?’ and ‘how should I interpret this work’ are the most frequently asked questions. We hope with the screening and lecture program, this curiousness could be fed with a more panoramic perspective.”

The lecture and screening program with its different strands, Showcase, Perspective and Future., illustrates bEIJING LIVE’s commitment to contextualize Chinese performance art and its position on the international scene.

In sHOWCASE, bEIJING LIVE will independently screen the work of four artists Alison Knowles, Nigel Rolfe, Huang Rui and He Yunchang, with an ensuing dialogue between each artist and a critic on art historian.

85’ – Performance.  Screening of Seven Sins by Wen Pulin's. Followed by a discussion with some of the artists of the '85 Movement.

East Village – Performance.  Screening of China Action by Wen Pulin's. Followed by a discussion with some of the artists of the East Village.

He Yunchang. In Dialogue with Nataline Colonello.

A panel discussion with a number of curators, critics and artist on the possible future of Chinese performance art within 5 years.

The Goethe-Institut is the cultural institution of the Federal Republic of Germany, operating worldwide. When the Goethe-Institut Beijing was established in November 1988, it was the first foreign cultural centre in the PRC. From the beginning, it devoted itself to the promotion of the use of the German language, to provide access to knowledge and information about Germany, and to cooperate with Chinese partners in various cultural fields such as music, dance, theater, film, visual arts and architecture. 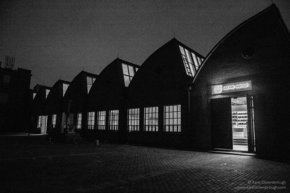 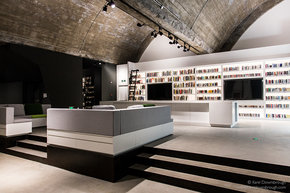 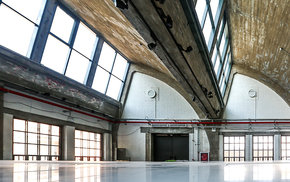 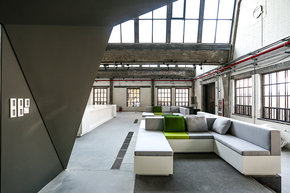