Lives and works in Amsterdam.

Since 1998 Meher’s art practice involves various disciplines. The most significant one is ‘Performance Art’. Decay, hybridization & transformation: Creating new identity; reshaping belongings; intimacy; a dialogue of matter and memory all these constitute the language of her work. “Time” as a factor, is central to her practice, whether it’s a wrapped object or a performance. She uses time as medium, which is extended, assembled and captured. The aspects of continuity, repetition, vulnerability, duration, temporality, awareness, situation and public involvement are also inherent qualities that inform her art practice. The process before and after the performance is equally important and challenging. 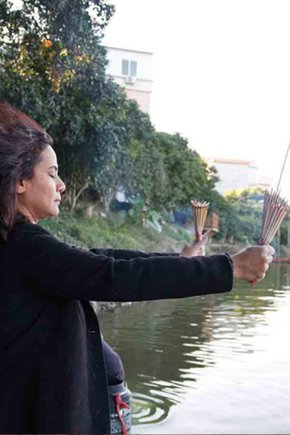