Lives and works in New York.

Joshua Selman is an artist, composer and graduate of Yale University with a Master of Music Composition whose intermedia practice combines public space intervention, large-scale installation, cultural-strategy and critical journalism. His sound work is included on Westdeutscher Rundfunk, Cologne, Germany. He’s also known for performance works and objects with unique virality. Some were included in a Whitney Museum Ray Johnson retrospective. Other collaborations are with Fluxus founders Alison Knowles and late intermedia theorist Dick Higgins. He First exhibited as an intermedia artist at New York Fluxus venue, Emily Harvey Gallery. His participation in several artist organized Biennials known as Construction in Process led to a post as Executive Director of The International Artists Museum, New York Center. He’s also documented as a commercial innovator in social networks, by Wired Online in 2004, and referenced in a Facebook patent.

Residencies include South Korea, Germany, Australia, Canada, the USA and China. His works in Performa, on the High Line, other appearances and interviews are documented in print, on the web and on television.

Joshua Selman has worked for the past year exclusively organizing for Alison Knowles, collaborating with her in Paris at Monnaie de Paris, Chicago at Prak-sis, Palm Springs at Palm Springs Art Museum, in Pittsburgh at Carnegie Museum of Art and at Basel Switzerland at Art Unlimited. He has collaborated and organized with Alison since 1988, with many works and performances together. Alison is also on the advisory board of Artist Organized Art and offers her loft space in SOHO for offcial NYC meetings. 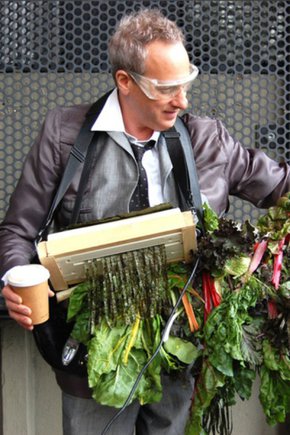