Born in 1962 in Hefei, Anhui province. Lives and works in Hefei.

His work has been presented in several one-man art shows in Beijing, Shanghai, Nanjing, Hong Kong, New York City, Vancouver, Canada, and Braunschweig, Germany. He has also participated in numerous group exhibitions such as “Touring Exhibition of 85’s Neo-trend Slide” in Zhuhai in 1986, “Great Exhibition of China’s Modern Arts” in Beijing in 1989, “Grosse Kunstausstellung NRW, Duesseldorf” in Germany in 2001, “Triennial of Chinese Arts” in Guangzhou in 2002, Asia Contemporary Art Exhibition in Gwang Ju (Korea) and the “Performance and Theatre Festival of Berlin” in 2004.

My art work has always been focusing on the transformation of the human beings conditions of survival, psychological reactions and living environment under the rapid development of China.

In the beginning of 2009, eight of my students and I created an art practice group called “recycling station.” Through sharing ideas, cooperating and experimenting, we practiced the potential problems and new possibilities that an individual might face in an art group. 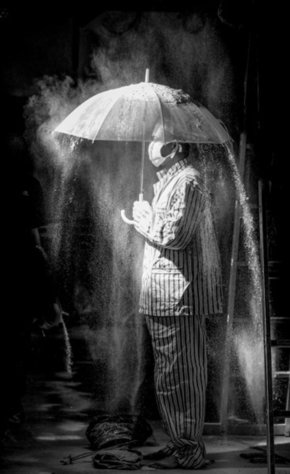